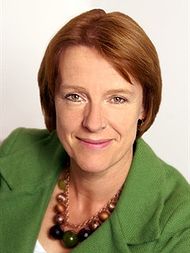 Jim Shannon (Strangford): To ask the right hon. Member for Meriden, representing the Church Commissioners, what steps are being taken by the Church of England to tackle human trafficking.

Mrs Caroline Spelman: In March 2014 the Archbishop of Canterbury, with Pope Francis and other global faith leaders, gave their backing to the Global Freedom Network (www.globalfreedomnetwork.org), a ground breaking ecumenical initiative to combat modern slavery and human trafficking. The Archbishop is planning an international conference in 2017 with the Ecumenical Patriarch.

The Church of England will launch The Clewer Initiative against Modern Day Slavery this autumn. It will provide English dioceses and parishes with strategies for the combating of modern slavery and guidance on how to assist in the provision of victim support and care. The initiative is intended to build on existing capacity and the assistance to dioceses and church networks will be carefully tailored to their specific contexts and needs.