On Monday 13th March, the House of Lords debated an amendment to the EU (Notification of Withdrawal) Bill, during ping pong. This amendment would have insisted on retaining the Lords’ original amendment to protect the status of EU nationals in the UK.  The Archbishop of York spoke against the amendment, which was later defeated during […]

On Monday 13th March, the House of Lords considered the EU (Notification of Withdrawal) Bill, which had been returned to it by the House of Commons during a parliamentary process known as ‘ping pong’. MPs had rejected an amendment passed by the Lords  to ensure Parliamentary scrutiny of any final EU negotiated deal.  The Liberal Democrats tabled a further amendment to disagree with the Commons in its decision. The Archbishop of York, the Rt Hon and Most Rev Dr John Sentamu, spoke in favour of agreeing with the Commons (so opposing the amendment, which was later defeated during a vote). 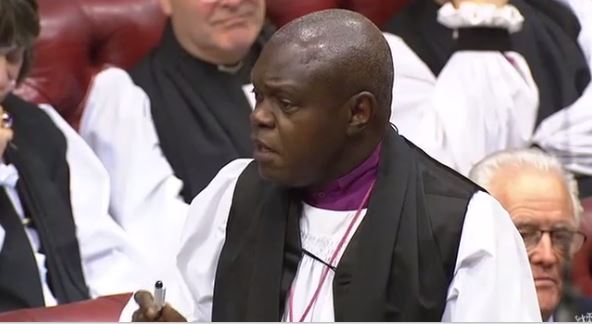 The Archbishop of York: I shall not detain noble Lords long, but in response to the noble Lord, Lord Pannick, who always speaks with such clarity and grace, I must say that the problem with the amendment is with subsection (4). If the Prime Minister does not get an agreement, whatever she does she has to have the rule of Parliament. She will bring it to Parliament, but the problem is this, if I understand it right—that triggering Article 50 is an irreversible act. Two years after triggering Article 50, the UK will leave the EU; it will do so with or without a deal but, either way, it will leave, because paragraph 3 of Article 50 makes it clear that the:

“Treaties shall cease to apply … two years after the notification”.

Of course, it is possible that the EU 27 might unanimously agree to extend the negotiation period beyond two years, but that cannot be taken for granted, nor should it be assumed that they will offer anything but a brief extension.

The amendment shows no awareness of the realities represented by the Article 50 timescale. It overlooks the fact that the Bill is about to trigger Article 50 and the formal divorce agreement. Neither this Bill nor Article 50 are about negotiating a new agreement with the EU. So as far as I am concerned, once we trigger it, it is irreversible; leave we will, with an agreement or without. So why put in subsection (4) of the amendment? For that reason, I hope that we follow what the House of Commons has just done.