On 19th July 2018 Lord Norton of Louth led a debate on the motion “That this House takes note of the value to the United Kingdom of higher education as an export.” The Bishop of Winchester, Rt Revd Tim Dakin, spoke in the debate: 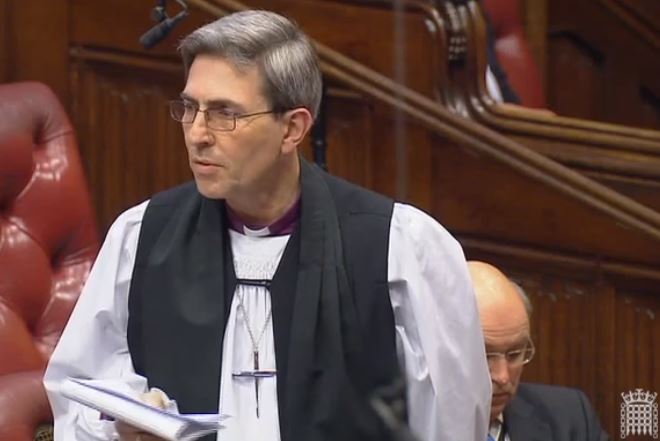 The Lord Bishop of Winchester: My Lords, I declare my interests as found in the register, particularly those relating to higher education.

I thank the noble Lord, Lord Norton of Louth, for securing this debate and for outlining some of the key issues, but begin by congratulating the right reverend Prelate the Bishop of Chichester on an excellent maiden speech, with its characteristic blend of deep pastoral concern, learning lightly worn and a keen appreciation of the importance of education. He and I share the pleasure of having a Cathedrals Group university in our dioceses. I am sure that my right reverend friend will contribute greatly to the deliberations of this House.

We know that this is a time of significant and rapid change in our universities, and some might well see it as a tempestuous period. It is therefore important to remind ourselves that our higher education sector is a national asset, attracting almost 450,000 students from outside the UK and consistently figuring in the top 200 institutions across the world—34 of those are British. Oxford University has been in the top position for the past two years in the Times Higher Education world rankings.

As the university APPG pointed out in 2017, and as other noble Lords have emphasised, in purely financial terms education is the UK’s fifth largest service exporter, with higher education contributing some two-thirds of its value. In addition, the strength of our international reputation generates other benefits: one in 10 world leaders has been educated in the UK; international students are more likely to recommend study here to others; and increased research and commercial links flow from joint activities such as transnational education ventures. We should note, however, that countries such as Australia are overtaking us, as the noble Lord, Lord Norton, confirmed.

At an individual level, some 76% of home students believe that studying alongside their international peers has given them a wider, more rounded world-view. At ​an institutional level, it is striking that over half of our research publications—the outward expression of our astonishingly high research standing—are co-authored with international colleagues.

This indicates that there is another dimension to what we export through our work in higher education. It is the underlying conviction that education is a good in and of itself and that aside from any economic or financial benefit—real and important as they are—the disciplined pursuit of truth and wisdom is crucial to forming the people and the society we aspire to be, and to become. That, in turn, implies that higher education also serves a common, a public, good and contributes—or can and should contribute—to the flourishing of local, national and international communities.

Historically, the Church has played a major part in fostering institutes of learning, whether in the person of my distinguished predecessors who founded colleges in Oxford, or the Victorian pioneers of teacher training colleges. The latter became the Cathedrals Group universities, which now educate one in three primary teachers, along with students of social work and nursing, health professionals and members of other vocational professions dedicated to public service.

The local economic impact of higher education is undeniable. To give some concrete illustrations, the diocese of Winchester is home to about 65,000 students across many institutions, including the Bournemouth universities, the University of Southampton, Southampton Solent University and the University of Winchester. The latter, established in 1840 to train teachers who would in turn teach in schools for the poor, employs over 700 staff in the local area. In a recent evaluation, even this smallish university was found to contribute £266 million a year to the local economy. Other noble Lords will be able to give, and have already given, equally striking examples.

This local economic impact, however, points to a wider impact. Today’s debate is about the value of higher education as an export. Yet as the American economist Robert E. Lipsey—not to be confused with the equally distinguished Member of your Lordships’ House—has pointed out that calculating the value of international trade in services, including education, is by no means straightforward even if restricted to purely financial metrics. That perhaps makes it even more important not to ignore the value of the transformative power of higher education and the significance of human flourishing, which I now see reflected in the mission statement of the Office for Students. It says:

“We want every student to have a fulfilling experience of higher education that enriches their lives and careers”.