On 20th June 2016 both Houses of Parliament were recalled to pay tribute to Jo Cox MP.

In the House of Lords the Bishop of Leeds, Rt Revd Nick Baines, spoke on behalf of the Bishops’ Benches. His tribute follows: 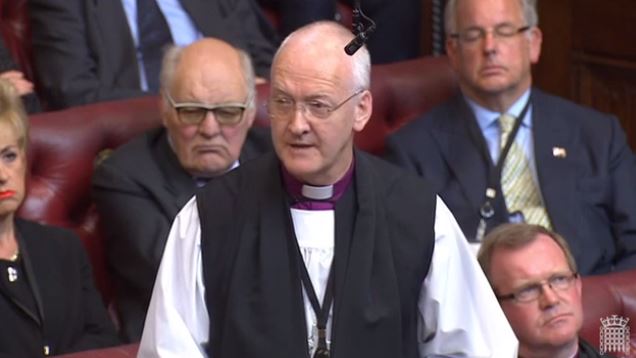 The Lord Bishop of Leeds: My Lords, I speak on behalf of the Archbishops and Bishops and the Church of England. I do not want to repeat what has already been said but to associate ourselves with those remarks and offer deep sympathy to Brendan, the children and the wider family, and to the Members of the other place.

We live with our mortality and the fragility of civilisation. It is not very deep, and it can be easily penetrated. When I heard of Jo’s death, in my office in Leeds, I was reminded of those words from “Julius Caesar”:

“Cowards die many times before their deaths. The valiant never taste of death but once”.

There are many cowards around who have died inside, and Jo was the antithesis of that: she was full of life. She was passionate, she was intelligent and she was always generous. Her constituents, among whom I have spent the last few days, are unequivocal about that.

Jo said in her maiden speech that she was “made in Yorkshire” and went on to talk about manufacturing in Yorkshire. However, her credibility was not only that she was local, and that therefore people knew where she had grown up—her family still live there—but that she had travelled the world and engaged with issues, many of which we discuss but of which we have very little first-hand knowledge. If I want to hear about refugees, I prefer to hear someone who knows what they are talking about because they have been there. Jo Cox was certainly that. 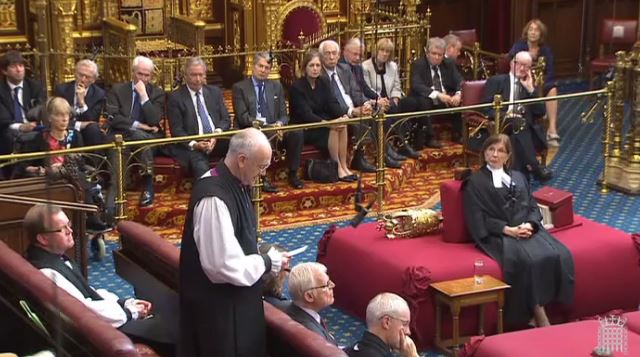 Christians look through a resurrection-shaped lens called hope. Appalling though her death is, I want to pay tribute not only to her but to her constituents. Over the past weekend, they have had to engage with their own shock and grief and, in many cases, their anger. They have come together. Clergy have opened churches and mosques have been opened, and will continue to open, to create a common place where people can live with their emotions and responses and with their memories of Jo Cox, who was not only their MP but a daughter of their place.

We pray that Jo will rest in peace and that her family will find peace. I pray that Birstall will be remembered more for the manner of her living than for the manner of her dying. As we look to the future, from these Benches we say with confidence that death, violence and destruction cannot and will not have the final word. If we want to be the answer to our own prayers, and Psalm 23 makes it clear, then we are the people who will be the rod and the staff that will enable her friends and her family to continue as life continues for them.