“We can create all the life chances we like, but that is futile if families cannot afford to put food on the table” – Bishop of St Albans, 7/7/16

On 7th July 2016 the House of Lords debated a motion from Lord De Mauley, “That this House takes note of the current and future roles agriculture and horticulture play in Britain’s rural economy and the role that advances in agricultural science can play in the further development of that sector.” The Bishop of St Albans, Rt Revd Alan Smith, spoke in the debate: 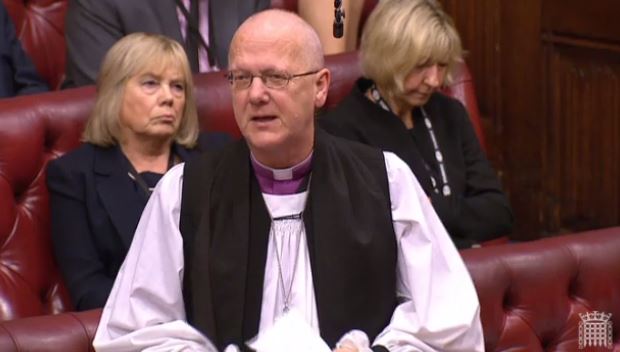 The Lord Bishop of St Albans: My Lords, I add my thanks to those from other noble Lords to the noble Lord, Lord De Mauley, for securing this important debate at this time of significant uncertainty for the agricultural and horticultural sectors. I also declare my interest in the register as president of the Rural Coalition.

As noble Lords have already stated, the agricultural and horticultural industry is an essential feature not only of the rural economy but of the wider national economy. It is often said in this Chamber that the defence of the people is the first duty of government, but I wonder whether feeding the people should be an equally primary duty. Establishing food security is an essential role of all Governments, never more so than in the current climate of global uncertainty.

The process of maintaining a thriving agricultural and horticultural industry is not simply about protecting commercial and economic interests. A thriving domestic food industry is a common public good and provides the bedrock from which we can secure affordable and nutritious food for everyone in our society. Farming of course plays a central role in the rural economy, providing jobs and bringing money and services into rural areas. It provides the backbone of the wider food manufacturing industry, and its important role in domestic supply chains will only increase if sterling remains weak.

Figures released last week by the Government show that nearly a third of UK children are now classed as living in poverty, unable to afford basic supplies. Food banks are being increasingly relied on by some of the poorest families in society. Of course, things could get worse if barriers to global trade rise and we do not have the capacity to rely on domestic produce. We can create all the life chances we like, but that is futile if families cannot afford to put food on the table.

It is for that reason that the Government must take steps to secure the future of Britain’s agricultural and horticultural sectors, particularly in the light of our impending withdrawal from the EU. If we are going to become more reliant in the future on domestic food supplies, we need to start the hard yards now. There are three things in particular that I hope Her Majesty’s Government will start planning for immediately, besides the inevitably protracted negotiations.

First, the Government must do everything they can to secure funding for the ground-breaking agricultural research which is already taking place across UK universities and research centres such as at Rothamsted Research, which I think two noble Lords have already referred to and which is just up the road from where I live in my diocese. Rothamsted has made significant contributions to research over the years and has the longest-running continuous scientific experiment, which began back in 1856. It is also at the forefront of cutting-edge agricultural research. Yet without EU support, Rothamsted Research faces serious challenges in securing funding for future long-term projects. In the last five years, Rothamsted scientists have received nearly £5 million in funding support from the EU. The loss of this research capacity would ultimately be to the detriment of the UK, not only to our status as a world leader in agricultural research but to our ability to increase food production to match demand in an environmentally sustainable and ecologically sensitive manner. What research centres such as Rothamsted urgently need is the security of government investment for long-term projects that will boost productivity in a sustainable manner. We cannot allow research funding to be controlled by commercial interests, whose priorities may just be short-term and perhaps ill-aligned with the wider common good.

On that note, I might add that any research funding must be directed towards agricultural practices that promote environmental sustainability. We need the agricultural technologies of the future to reduce farmers’ reliance on herbicides, pesticides and artificial fertilisers, not increase it.

Secondly, there is access to labour, to which the noble Baroness, Lady Byford, has already referred. As noble Lords will know, the horticultural industry is particularly dependent on seasonal labour, which is invariably, for one reason or another, provided by EU migrants. The seasonal agriculture workers scheme was scrapped back in 2014, and I know many farmers are fearful about how they are going to find the workers to pick fruit and vegetables. Obviously, we do not know what form the eventual EU agreement might take when it comes to migration, but I hope that the Government would not be caught out and that appropriate schemes would be ready for implementation when required.

We need similar assurances for the agricultural research sector, which has consistently looked to the European Union to attract the very best research talent, as well as working in collaboration with research bodies across the EU. One-quarter of Rothamsted’s research staff are from the EU, and it is a similar story across other research bodies and universities. Again, I hope Her Majesty’s Government will be working on plans to ensure that Britain remains at the forefront of international agricultural and environmental research, regardless of eventual EU agreements. It is absolutely vital that our research institutions have access to the EU knowledge base, through the sharing of both information and personnel.

Thirdly, away from the EU negotiations, I hope that we can begin to see fresh blood injected into an agricultural industry that is ageing at an alarming rate. Unless a new generation becomes integrated into the farming industry, I fear the long-term sustainability of British agriculture and horticulture is in serious trouble, no matter how many new technologies or scientific advances we might develop. Research depends on a thriving industry, just as the industry depends on innovative research.

There is good news of course: we have record numbers of students graduating from agricultural colleges across the UK, which are some of the finest educational institutions in Europe. But these aspiring farmers struggle to get a foot on the first rung of the farming ladder, so prohibitive are the risks and costs involved. Apprenticeships will help, but I would like to see new entrants schemes established—but we also need to take steps to give an older generation of farmers the confidence and stability to retire with dignity and pass the farms on to new hands. That means direct retirement support, but it also means investment to create the sustainable rural communities that will be required in terms of housing, education and social care.

Lord Gardiner of Kimble (Con) [extract]: Farming directly added almost £10 billion to our economy in 2014. The right reverend Prelate the Bishop of St Albans described it as the backbone of the food industry. I decided that I would call it the seedcorn. Farming contributes to the UK’s £108 billion agrifood chain, which provides employment for one in eight workers. It is an industry renowned the world over for the quality of its produce and its high standards of animal welfare. Farming also dominates our landscape: 70% of UK land is classed as agricultural….

…My noble friend Lady Byford and the right reverend Prelate the Bishop of St Albans mentioned employment. The land-based colleges and universities provide vital training for those joining the industry. I welcome the recent creation of the National Land Based College, through which many land-based colleges are working together to enhance their offer to the industry. For our part, we are working with the industry to treble the number of apprenticeships in food and farming.