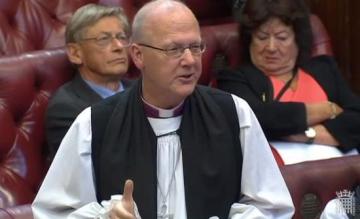 On the 9th September 2016 the Bishop of St Albans, the Rt Revd Alan Smith, received an answer to three written questions about state pensions of British citizens overseas.

The Lord Bishop of St Albans: To ask Her Majesty’s Government whether they have any plans to review their policy of freezing state pensions of British citizens residing in overseas countries, where there is no existing reciprocal social security arrangement in place.

To ask Her Majesty’s Government whether they plan to negotiate extending reciprocal social security arrangements to overseas countries so as to facilitate an annual increase in the state pension for British citizens who retire to those countries.

To ask Her Majesty’s Government what estimate they have made of the average annual cost or saving to the public purse when a British citizen chooses to retire abroad rather than remain in the UK, assuming a continuing increase in the state pension.

Lord Freud: The Government has a clear position, which has remained consistent for around 70 years: UK State Pensions are payable worldwide and uprated abroad where we have a legal requirement to do so – for example in countries where a reciprocal agreement is in place that allows for uprating. There are no plans to change this or to assess the impact of British citizens’ choosing to retire abroad.