On 16th December the Bishop of St Albans received answers to two written questions on fly-tipping of electronic and hazardous waste: 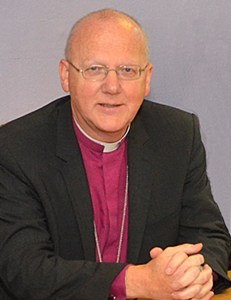 The Lord Bishop of St Albans: To ask Her Majesty’s Government, further to the Written Answer by Lord Goldsmith of Richmond Park on 6 February (HL944), what progress they have made on the introduction of a mandatory electronic waste tracking system to combat fly tipping. [HL11049]

Lord Goldsmith of Richmond Park: We are taking forward powers to introduce electronic waste tracking in the Environment Bill which is currently going through parliamentary passage in the House of Commons.

These powers, along with other measures being introduced as part of this Bill (for example amendments to the section 108 powers of entry) will help tackle waste crime, including fly-tipping.

We have committed to introducing mandatory digital waste tracking in England subject to consultation. In parallel, work to develop the digital system is already well underway.

We are designing the prototypes with input from a wide range of user groups including small and micro businesses to ensure we understand how waste tracking can be developed to meet their needs.

The Lord Bishop of St Albans: To ask Her Majesty’s Government what action they are taking to address the costs of disposing of toxic or hazardous waste incurred by victims of fly tipping. [HL11050]

Lord Goldsmith of Richmond Park: Fly-tipping is a crime which blights local communities and the environment, and we are committed to tackling thisunacceptable behaviour. We set out our strategic approach to preventing, detecting and deterring waste crime, such as fly-tipping, in our 2018 Resources and Waste Strategy.

We appreciate the difficulty and cost that fly-tipping poses to landowners and we are working with a wide range of interested parties through the National Fly-Tipping Prevention Group to promote and disseminate good practice, including how to prevent fly-tipping on private land.

We expect all local authorities to investigate all other incidents of fly-tipping, including those on private land, to prosecute the fly-tippers when there is sufficient evidence and to recover clearance costs where possible. On conviction, a cost order can be made by the court so that a landowner’s costs can be recovered from the perpetrator.

We recognise the burden that clearing fly-tipped waste has on landowners. However, central Government generally does not compensate individuals for non-violent crime of which they are a victim. Furthermore, compensating landowners for the costs of removing fly-tipping may risk creating a perverse incentive for some people to dump, or facilitate the dumping of, waste.