On 26th January 2016 Baroness Lister of Burtersett asked Her Majesty’s Government “what impact the Family Test has had on policy-making”. The Bishop of Worcester, Rt Revd John Inge, asked a follow up question: 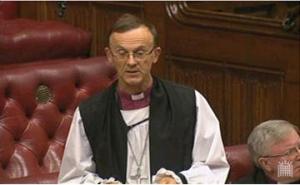 The Lord Bishop of Worcester: My Lords, I have not consulted their Graces the most reverend Primates the Archbishops, but I feel confident in saying that we on these Benches welcome the thrust of the life-chances strategy, which the Prime Minister outlined in a recent speech. We believe, as does the Prime Minister, that the family is the best anti-poverty measure ever invented—invented by God, in fact, although the Prime Minister did not add that. The increase in funding for relationship support is welcome, but could the Minister indicate how the priorities articulated in the family test might shape the development of the life-chances strategy as it is published and implemented in due course?

Baroness Altmann: The life-chances strategy aims to tackle the root causes of child poverty and to help transform children’s lives. Those root causes include family breakdown, addiction, debt and worklessness. The Prime Minister has announced the doubling of funding for relationship support over the next five years, as well as the tearing down of sink estates, investment in mental health care and support for women during pregnancy.