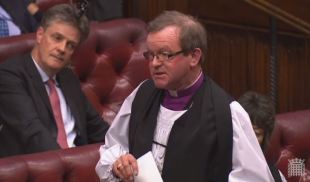 The Lord Bishop of Portsmouth My Lords, I too welcome and support this Bill, not only because of the impact, actual and potential, on building the confidence and contribution of participants but also for its intention to both formalise and improve the accountability and functioning of the NCS. It may seem obvious for us to support a scheme with such clear aims to encourage young people to engage with their communities and take responsibility for their transformation, and one that claims some positive impact on community cohesion.

It will be very important to ensure good access to the scheme. In his opening speech, the Minister said that NCS is “accessible to everyone” and he went on to remind us that, where needed, the opportunity is delivered at no cost to the participant. However, cost is not the only barrier to participation. Much as I welcome the discretionary waiving of the fee to enable participation, there are other matters to address. I note and welcome the existing record of bringing together people from diverse backgrounds. However, widening participation can be a challenge, for instance, for young people with specific disabilities, from remote areas or from hard-to-reach backgrounds. The challenge increases, of course, as we seek to include more young people.

The Minister described NCS, with some understandable pride, as,

“the fastest-growing youth movement for 100 years”.

There is a risk that this might be heard as implying some sort of competitive approach, which I know the Minister does not intend. What a pity it would be if NCS threatened other valued and good youth organisations, particularly when they sometimes now have reduced funding, fewer volunteer leaders and long waiting lists. Building on the NCS experience, which is a good one as we have heard—but short—is surely critical. If NCS became a stand-alone one-off, what a waste that would be. It would be good if the Minister could help us with evidence of young people moving on to other volunteering and engagement, giving as well as receiving, and the clear intent to enable that.

Finally, but importantly, can the Minister say anything about the role of young people themselves in the ongoing development of NCS? Valuing young people, and encouraging them in their development and contribution to society, are clearly and wonderfully the basis of NCS. Could it not also involve inviting them—not just allowing them—to have a voice in its future? I am glad to welcome and support this Bill and ask the Minister to respond in due course to what I hope the House hears as positive queries which I trust can enhance the National Citizen Service.