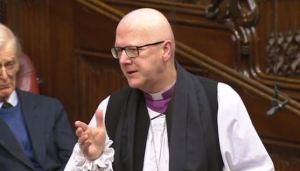 On 11th July 2017, Rt Rev. Alan Smith, the Bishop of St Albans, asked Her Majesty’s Government “what proportion of the Digital Infrastructure Investment Fund is expected to be available to support the provision of superfast broadband in hard to reach rural areas.” The full exchange is below, along with the follow-up questions asked by other Members:

The Lord Bishop of St Albans to ask Her Majesty’s Government what proportion of the Digital Infrastructure Investment Fund is expected to be available to support the provision of superfast broadband in hard to reach rural areas.

The Parliamentary Under-Secretary of State, Department for Digital, Culture, Media and Sport (Lord Ashton of Hyde) (Con): My Lords, the digital infrastructure investment fund aims to support industry investment in full fibre networks, which are the next generation of digital infrastructure. The Government are committing £400 million, which will be at least matched by private sector investments on the same terms. It will be up to the selected managers of the fund themselves to make investments.

The Lord Bishop of St Albans: I thank the Minister for his reply. Fibre alone may not be sufficient to reach the final 5%; that is, those who will not have access to superfast broadband by the end of this year. In the light of that, what is being done to encourage the use of alternate or mixed technologies? In particular, when is BDUK expected to publish its report into superfast broadband market test pilots, which we were promised was to be published at the end of last year?

Lord Ashton of Hyde: My Lords, the right reverend Prelate is absolutely right. We are now not prescriptive about any particular technology to reach the final 5%, as 95% will be covered for superfast broadband by the end of this year. Therefore, any procurement supported by BDUK is done through open tenders on a technology-neutral basis. Projects supported since 2016 have included fibre to the cabinet, fibre to the premises and fixed wireless access. As regards his question about superfast broadband market test pilots, the report is scheduled to be released shortly.

Baroness McIntosh of Pickering (Con): My Lords, will my noble friend give the House an assurance that 95% of the digital infrastructure investment fund will be spent in the 5% hardest-to-reach areas? Does he agree that it is unacceptable that doctors’ surgeries, schools, rural businesses and farms are deprived of speed and good access to infrastructure in the 21st century?

Lord Gordon of Strathblane (Lab): Given that the Government have now made the provision of fast broadband a universal service obligation, does the Minister recognise the need to create another fund which will focus on technologies other than fibre to reach the most difficult parts?

Lord Ashton of Hyde: Actually, fibre is crucial because it underlines every other technology as, sooner or later, when you are on wireless, you get to a router, and the data come via fibre-optic cable. 5G, which will reach a lot more places and has more bandwidth, relies on fibre for all the extra masts that will be required.

Lord Fox (LD): My Lords, the Minister talked very broadly on the fibre front, but in rural and indeed less rural places like Leominster, people currently endure upload speeds of less than 1 megabit per second. Can he tell us when these people will be invited to join the digital economy?

Lord Ashton of Hyde: At the moment, anyone with a connection of less than two megabits per second is entitled under the better broadband scheme to have subsidised access to it. If they are above that but below superfast level, the universal service obligation will be in place by 2020, which will give them 10 megabits per second, and that will allow them to do normal things such as emails and streaming TV.

Lord Harrison (Lab): My Lords, the Minister knows rural Cheshire well. Will he ensure that superfast broadband will aid and abet small businesses to establish themselves in the countryside so that they can strengthen the countryside for the benefit of all those who live there?

Lord Ashton of Hyde: The noble Lord is correct; I know that area well. I point out that there has been a tremendous improvement in rural connectivity. In 2010, only 15% of rural premises were getting 30 megabits per second; by April 2016 that had risen to 72%, and since that, many more have received the coverage. But I accept that it is important for businesses. When we talk about getting to these targets of 95% and more, we mean premises—which includes business premises as well, not just households.

Baroness O’Cathain (Con): My Lords, the right reverend Prelate’s Question links very nicely with the Question from the noble Lord, Lord Foulkes, about care and consideration for older people in rural areas. We are failing them, and in doing so we are losing a big opportunity to lessen mental health problems, to keep elderly people in contact with their children overseas, to make them see local television and what is going on—in fact, to do away with the isolation that is so prevalent in rural areas for elderly people. What is the date when every part of England, Scotland and Wales will have some broadband as a right?