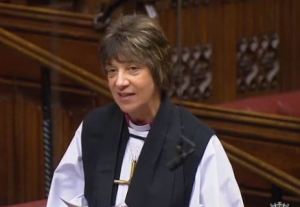 The Lord Bishop of Gloucester: I wish to comment only briefly today, first by paying tribute to the noble Baroness, Lady Lister, for her work on this issue and by thanking both her and my right reverend friend the Bishop of St Albans for their initial work during the passage of the Housing and Planning Act. Secondly, I thank the noble Lord, Lord Bourne, for his commitment to addressing this issue. I also need to declare an interest as an ambassador for the charity Restored, an international Christian alliance that seeks to end violence against women.

As has been said, domestic abuse of any sort is demeaning, degrading and something that no one should have to endure. While not wanting to ignore the truth that men can be victims of domestic abuse, on average two women a week are killed by a current or former male partner, while approximately 750,000 children in England and Wales witness domestic violence every year. No woman should be forced to choose ​between her safety and that of her children, or maintaining a roof over her head. Yet this is a tragic dilemma for many women and children. I really hope that this Bill will make some progress in decreasing the number of people placed in this position.

As has been said, there is more work to do, particularly on securing long-term refuge funding. None the less, I am delighted to support the Bill at Second Reading. I hope it will progress through this House to ensure that the most vulnerable have increased opportunities to leave oppressive and unacceptable home environments.

Lord Kennedy of Southwark (Lab Co-op)… As the right reverend Prelate the Bishop of Gloucester said, it is shocking to think that on average two women are killed by their partner or ex-partner every week in England and Wales. These are figures from the Office for National Statistics. They are not disputed, but they are shocking.

Lord Bourne of Aberystwyth [Minister]:…  As many noble Lords have said, the evil and scourge of domestic abuse has come to the fore only relatively recently in the graphic terms it has. I am sure that in all quarters of the House, and indeed throughout the country, this issue is now very high on people’s agendas. As noble Lords have noted, most graphically the noble Lord, Lord Lipsey, the Prime Minister is very much wedded to ensuring that action is taken in this area to tackle what, as I say, is a real scourge. That point was also made by my noble friends Lady Hodgson and Lady Bertin, by the right reverend Prelate the Bishop of Gloucester in a powerful contribution, and indeed by the noble Baroness, Lady Lister.