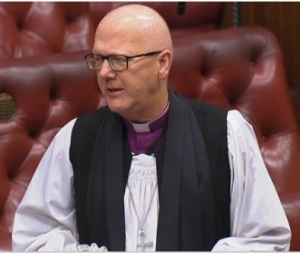 On 20th June 2018 the Bishop of St Albans received a written answer to a question about attacks by the Myanmar military on the Christian Kachin people:

The Lord Bishop of St Albans: To ask Her Majesty’s Government what representations they have made to the government of Myanmar following reports of attacks by the Myanmar military on the Christian Kachin people in the north of Myanmar.

Lord Ahmad of Wimbledon: The Foreign Secretary most recently raised his concerns about the fighting in Kachin State in his call with Burma’s State Counsellor Aung San Suu Kyi on 11 June. He called for Burma’s military to exercise restraint and allow humanitarian access. Our Ambassador to Burma expressed concern about the military’s treatment of civilians in Kachin in his meeting with Burma’s Commander in Chief on 3 May.

The Minister for Asia and the Pacific issued a statement on 11 May calling on all parties to the conflict to cease fighting, protect civilians, and return fully to peace talks, which the UK supports and which seek to bring to an end 70 years of internal conflict in Burma.