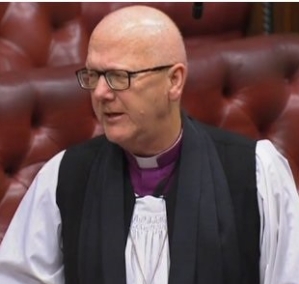 On Thursday 29th November 2018 Lord Collins of Highbury asked Her Majesty’s Government “what action they are taking to support the global fight against tuberculosis, in the light of tuberculosis being the leading cause of death globally among people living with HIV/AIDS.” The Bishop of St Albans, Rt Revd Alan Smith, asked a follow-up question:

The Lord Bishop of St Albans: My Lords, it is good that we are such a major donor to those trying to solve this problem. Nevertheless, as the noble Lord, Lord Alton, pointed out, there is still a huge funding gap. What attempts are being made to draw together international partners to give this a much higher priority, and in particular to ensure that we can fund these relatively low-cost, very effective TB drugs, which are making such a difference?

Lord Bates: The best thing we can do is lead by example. That is what we were trying to do in organising the high-level meeting in the margins of the UN General Assembly in September, and we can do that by deciding how we allocate our resource. However, it is for a lot of other wealthy countries to step up to the plate. A commitment was made by all those who attended and signed the political declaration at the UN General Assembly that they would treat 40 million people between 2018 and 2022. If that is to happen, there needs to be an awful lot more money in the system. The UK can do its bit, but other countries need to do more.