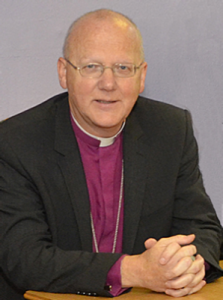 On 12th October 2020 the Bishop of St Albans received a written answer to a question on gambling advertising and young people:

The Lord Bishop of St Albans: To ask Her Majesty’s Government what assessment they have made of the long-term effects of gambling advertising on young people and their future participation in gambling activities. [HL8688]

Baroness Barran: Gambling advertising and sponsorship, including around sport, must be socially responsible and must not be targeted at children. The government assessed the evidence on advertising in its Review of Gaming Machines and Social Responsibility Measures, the full response to which can be found at: https://www.gov.uk/government/consultations/consultation-on-proposals-for-changes-to-gaming-machines-and-social-responsibility-measures

Since then, in March this year, the charity GambleAware has published the final report of a major piece of research into the effect of gambling marketing and advertising on children, young people and vulnerable people. That study found that exposure to advertising was associated with an openness to gamble in the future amongst children and young people aged 11-24 who did not currently gamble. It also found that there were other factors that correlated more closely with current gambling behaviour amongst those groups, including peer and parental gambling. It did not suggest a causal link between any of these and problem gambling in later life.

The government takes concerns raised about loot boxes in video games very seriously. On 23 September 2020 we launched an 8 week call for evidence which includes a focus on whether loot boxes cause harm and, if so, the nature of the harm. This will put us on the best footing to take any action that is necessary. We expect to publish a Government response to the call for evidence early next year.

Ministers and officials regularly engage with stakeholders on a wide range of issues. Ministers have not recently received representations from either the gambling or the sports sectors about gambling advertising or sponsorship of professional sports teams. The House of Lords Select Committee on the Economic and Social Impact of the Gambling Industry and Gambling Related Harm All Party Parliamentary Group have made recommendations to Ministers in both these areas.