On 14th December 2015 the House of Lords considered the House of Commons’ reasons for rejecting Lords amendments to the Government’s European Union Referendum Bill on extending the vote to 16 and 17 year olds. Peers voted on a new amendment from the Opposition, which sought to reinstate the lower voting age in the European referendum. The Bishop of Chester, Rt Revd Peter Forster, took part. END_OF_DOCUMENT_TOKEN_TO_BE_REPLACED

On 18th November 2015 the Bishop of Chester, the Rt Revd Peter Forster, took part in two votes on amendments to the Government’s European Union Referendum Bill –  on votes for 16 year olds and eligibility of overseas commonwealth citizens to vote in the referendum.

END_OF_DOCUMENT_TOKEN_TO_BE_REPLACED 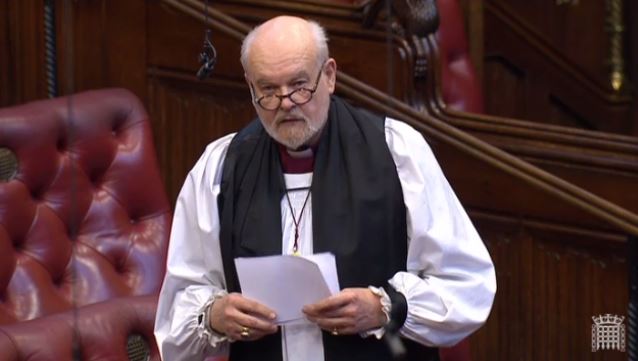 On 13th October 2015 the House of Lords debated the EU Referendum Bill at its Second Reading. The Bishop of London, Rt Rev Richard Chartres, spoke in the debate.

The Lord Bishop of London: My Lords, in a matter as grave as the future relations between Britain and the European Union, there is perhaps a case for a referendum, which one hopes would settle the direction of travel for a generation. The referendum habit has elsewhere proved contagious. They tend to be run again if those in power do not get the answer they want. There must be a very strong case to justify an exception from our settled preference for a representative democracy that permits the kinds of compromises that the art of government requires. END_OF_DOCUMENT_TOKEN_TO_BE_REPLACED