On January 28th 2016 the House of Lords debated and passed the Church of England Diocesan Stipends Funds (Amendment) Measure. The Bishop of Durham, Rt Revd Paul Butler, led the short debate and a transcript is below:

Moved by The Lord Bishop of Durham

That this House do direct that, in accordance with the Church of England Assembly (Powers) Act 1919, the Diocesan Stipends Funds (Amendment) Measure be presented to Her Majesty for the Royal Assent. 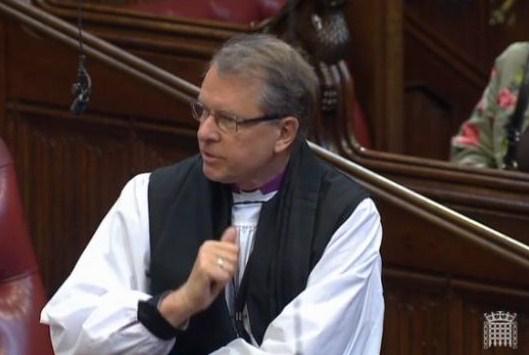 The Lord Bishop of Durham: My Lords, this is a very short and technical draft measure. It amends the Diocesan Stipends Funds Measure 1953 to ensure that diocesan boards of finance have the same powers to make decisions about the balance of investments in the diocesan stipends fund that they have in relation to their other charitable property.

Since 2013, charities with permanent endowment have had the power to pass a resolution to invest and use their investment returns, whether income or capital gains, on a “total return” basis. That is to say that no distinction is made between income and capital gain in determining how much of the return is available for spending on the charity’s purposes and how much should be retained to protect the value of the endowment. In order to pass such a resolution, the trustees must be persuaded that it is in the best interests of the charity.

The 1953 measure specifies, in some detail, the purposes for which the income account and the capital account of the diocesan stipends fund may be used. Income may be used for payment of clergy stipends, for repair of parsonages and for associated purposes. Capital may be invested in certain kinds of property, or used for the provision or improvement of parsonages. This detailed prescription constitutes a statutory restriction on the use of capital gains for the fund’s income purposes. That statutory restriction prevents the trustees from passing a total return resolution and prevents the Charity Commission from making an order permitting total return. Therefore, only income returns on investment may be used for payment of stipends. Dioceses may find that they are locked into an unhelpfully restrictive and potentially sub-optimal investment policy because of the need to generate income returns to preserve the ability to make stipend payments. This is particularly problematic at a time when income returns on investments are, broadly speaking, low and seeking a high income return could lead to choosing risky investments.

This measure does not alter the purposes for which diocesan stipends funds could be used. But it would permit DBFs, like any other permanently endowed charity, to pass a total return resolution and allocate returns to the income fund and the capital fund at their discretion. This would free the DBF to invest more flexibly.

The amendment does not compel any DBF to alter its investment policy relating to its stipends fund. If a DBF feels its present arrangements are satisfactory, it will be perfectly at liberty to continue investing its stipends fund exactly as it does at present. The new provision is purely permissive, enabling a DBF that wishes to do so to invest, and allocate returns, more flexibly than at present. I beg to move.

Lord Judd (Lab): My Lords, in the Ecclesiastical Committee we agreed very speedily and with unanimity that this was a good thing and that we were fully behind it. We do not often have an opportunity such as this, so I want to take it to put on record the deep appreciation and admiration there is for clergy up and down the country. They set a tremendous example of how the principles of service can become the primary driving force for first-class and effective work in the community, and how there really are other factors in a healthy society than the market alone.

Baroness Butler-Sloss (CB): My Lords, it may not surprise the House to hear that the Ecclesiastical Committee deemed this measure to be expedient after an extremely brief discussion. I therefore support the measure.

The Lord Bishop of Durham: I thank the noble Lord, Lord Judd, for his very positive comments. In the light particularly of our previous debate, I would say that we have thousands of clergy who do fantastic work up and down the country. They serve the community and enable communities to develop and flourish. I thank him for putting that on the record for us. I also thank the noble and learned Baroness, Lady Butler-Sloss, for affirming what the Ecclesiastical Committee said.