On 30th November 2016 the House of Lords voted on two amendments to the Government’s Policing and Crime Bill. The Bishop of Chester, Rt Revd Peter Forster, took part. 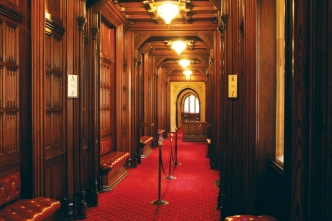 The first motion, moved by Crossbencher Baroness O’Neill of Bengarve, proposed that an “inquiry into complaints alleging corrupt relationships between police and newspaper organisations” be commissioned by the Government.

The second motion, moved by Labour’s Lord Kennedy of Southwark, proposed that the House “delete the provision that would allow police civilian staff and volunteers to use CS spray or PAVA spray.”