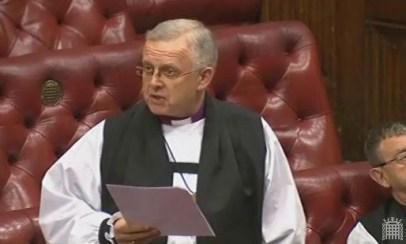 On the 3rd April 2017, Baroness Hayman tabled a debate in the House of Lords, asking the Government “what is their assessment of progress made in combating neglected tropical diseases since the London Declaration made in January 2012.” The Bishop of Peterborough, the Rt Revd Donald Allister, highlighted the lack of progress towards the eradication of leprosy. Lord Bates responded on behalf of the Department for International Development.

I also express surprise that the Government seem to be less committed to supporting research into leprosy or the eradication of this terrible scourge than they might be. I suspect that many people think of leprosy purely as a disease of Bible times, but, according to the World Health Organization’s 2016 figures, more than 200,000 people are diagnosed with leprosy every year—10% of them children. There is an effective cure, but many people go untreated, and around 3 million people live with leprosy-related disability.

Leprosy is endemic in 14 countries today, in South Asia, Africa, the Pacific and South America. The complications when it is untreated include severe disfigurement and blindness. But discrimination against leprosy sufferers—some of it by statute in places where leprosy is grounds for divorce, confinement or confiscation of property—makes it a major social problem and a factor in mental illness. Leprosy was listed in the London declaration of 2012 and targeted for eradication by 2020. The Government have made some limited investment in the social aspects of the disease, but none that I can find in the scientific research necessary for eradication. I urge the Minister to include leprosy in the funding priorities for the NTD programme.

There are, of course, other bodies committed to working in this area—I support and commend the work of the Leprosy Mission, for example—but, without government funding, the targets for 2020 are most unlikely to be met.

Lord Bates (extract): …The noble Lord, Lord Rea, the right reverend Prelate the Bishop of Peterborough, and the noble Baronesses, Lady Northover and Lady Masham, asked what progress was being made on leprosy. According to the World Health Organization, there were over 210,000 new cases of leprosy reported in 2015. We need to increase progress. In 2016, the World Health Organization launched a global leprosy strategy for 2016-20 and UK aid match is supporting work to improve the lives of people affected by leprosy and other NTDs in Mozambique and other countries…