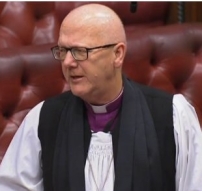 The Lord Bishop of St Albans: HL1452
To ask Her Majesty’s Government what plans they have to establish a publicly accessible central record of the number of people who commit suicide for reasons connected with problem gambling.

GambleAware has commissioned some preliminary research into gambling-related suicide, which was published in July 2019, and the Department has invited GambleAware to return to the National Suicide Prevention Strategy Advisory Group to discuss the research findings and what further research may be needed in this area.

Gambling sponsorship of sports teams, and advertising around sport, must be socially responsible and must never be targeted at children or vulnerable people. The government has also made clear that sporting bodies must consider their responsibilities to fans when entering commercial arrangements.

The Gambling Commission has issued licences to 2,690 gambling operators. Government does not hold figures on how many of these operators have entered into commercial sponsorship agreements with football clubs but across the 92 clubs in the top four leagues of English football (the Premier League, the Championship, League One and League Two) 34 clubs had front or back shirt sponsorship deals with gambling operators (some of which sponsor multiple teams) for the current season.

The Football Association has strict rules about the size and placement of sponsor logos on all players’ shirts, and prohibits any reference to gambling or gambling operators on shirts for teams where all players are under 18 years old. It has taken action where the logos of gambling sponsors have been found to breach these rules. The gambling industry code for socially responsible advertising also requires that operators’ logos must not appear on any commercial merchandising which is designed for children (for instance in children’s sizes). In August 2019 the code was amended to include a whistle to whistle ban on broadcast advertising around live sport.

In 2018 and 2019 the Committees of Advertising Practice (CAP) published strengthened guidance on gambling advertising and the protection of vulnerable people and of children and young people. The guidance makes clear that content likely to appeal particularly to children is unacceptable and explicitly states that gambling advertising cannot feature sports people who are, or appear to be, under 25 years old. The Advertising Standards Agency has also said it will look closely at advertising that features sports personalities who have a significant profile amongst under 18s and will continue to take action where these rules are breached. Further research on the impact of marketing and advertising on children, young people and other vulnerable people, including whether and how advertising influences attitudes to gambling, is due to be published this spring.