On 16th November 2020 the Bishop of St Albans received a written answer to a question on gigabit-capable rural broadband: 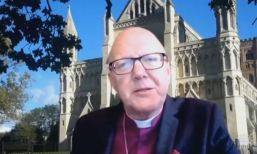 The Lord Bishop of St Albans: To ask Her Majesty’s Government, further to the Written Answer by Lord Agnew of Oulton on 3 November (HL9493), whether the commitment to provide gigabit-capable broadband nationwide will be rolled out equitably between rural and urban communities. [HL10103]

To ensure that areas in the harder to reach 20% of the country – which are predominantly rural and more remote – get gigabit capable broadband in parallel to commercial build, the Budget committed the Government to invest £5 billion into these areas.