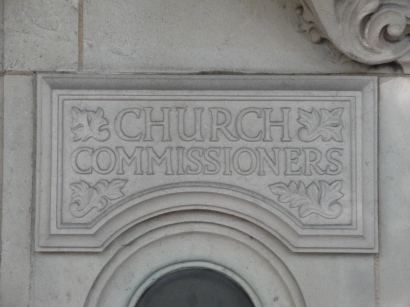 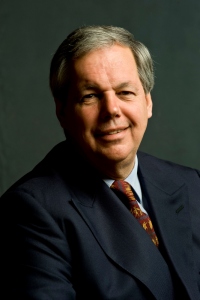 Miss Anne McIntosh (Thirsk and Malton) (Con): What assessment he has made of the implications for the Commissioners’ policies of the Church of England report, “On Rock or Sand”, published on 21 January 2015.[907274]

The Second Church Estates Commissioner (Sir Tony Baldry): The central argument of “On Rock or Sand” is that we should seek to enhance the well-being, and the personal and communal flourishing, of all in society, and to seek the common good—or the “common profit”, as the book calls it—and that no one should be left behind. These are principles entirely in accord with the objectives of the Church Commissioners.

Miss McIntosh: I am sure the whole House would wish to congratulate my right hon. Friend on being made a lay canon of Christ Church cathedral, Oxford, this weekend. This is only the first or second occasion on which a Second Church Commissioner’s work has been recognised in this way. I heartily congratulate my right hon. Friend. May I ask him to turn his big gun on my question? [Laughter.] Does he agree that when money rules, we remember the price of things but forget their value, and that while retail therapy has a role to play, everything should be done in moderation?

Mr Speaker: In congratulating the right hon. Gentleman on his new elevation, I can say only that the House is in a state of eager anticipation to witness his big gun.

Sir Tony Baldry: Thank you very much, Mr Speaker, but we have heard quite enough weightist comments. I note that Quentin Letts described me yesterday as some sort of human shield for Prime Minister’s questions.

This is an excellent book. I commend it to every colleague as Lenten reading, and I shall put a copy in the House of Commons Library. I think that colleagues should read it because many of the commentaries were written by people who had not read the book, but were simply commenting on what other commentators had said. That started with one journalist quoting from it selectively. I think that everyone in the House wants no one to be left behind, and that the essays in this book are well worth all of us reflecting on.

Kerry McCarthy (Bristol East) (Lab): I certainly hope to avoid the right hon. Gentleman’s big gun when he answers my question. I know that he referred to selective quoting, but the archbishops said in the book that Britain had been “dominated” by “rampant consumerism and individualism” since the Thatcher era, and described our economy as

The latter comment is certainly true of Bristol, where we still see huge economic divides. What work is the Church of England doing with politicians to try to rectify that?

Sir Tony Baldry: The Church of England is working hard to develop the common good in every community, including the diocese of Bristol. I think that we all owe it to ourselves, our families and the communities in which we find ourselves to promote the common good, and that that is a responsibility for all of us. However, if the hon. Lady thinks that the book argues in favour of a larger welfare state and more state dependency, I must tell her that it most certainly does not. That is why I suggest that every colleague read it properly and in full.

Fiona Bruce (Congleton) (Con): What ethical investment policies the Church of England applies when investing in pharmaceutical companies or other medical organisations.[907275]

Sir Tony Baldry: The Church Commissioners’ ethical investment policy prevents investment in pharmaceutical companies when more than 10% of their main business involves human or embryonic cloning. No such companies have been identified to date.

Fiona Bruce: Does my right hon. Friend agree that there should be a better understanding of the implications of the proposed mitochondrial donation regulations, and that the outstanding experiments relating to their safety should be completed and reviewed—as has been recommended by the Human Fertilisation and Embryology Authority—before they are approved by the House?

Sir Tony Baldry: I think that, in due course, the House will have to consider some quite difficult issues relating to both the start and the end of life. The Church of England accepts that embryo research is permissible if it is undertaken to alleviate human suffering, but I do agree with my hon. Friend. It has been suggested that there has been insufficient scientific study of, and informed consultation on, the ethics of mitochondrial transfer, not least in respect of the role that mitochondria play in the transfer of hereditary characteristics.

Mr David Nuttall (Bury North) (Con): What discussions the Commissioners have had with the Archbishop of Canterbury on lessons learnt for the Church from his year-long tour of the Anglican Communion.[907276]

Sir Tony Baldry: The Archbishop of Canterbury visited 36 of his fellow archbishops during his pilgrimage around the Anglican Communion. In his presidential address to the General Synod in November, he reported that it was a “flourishing…but also a divided Communion.”

Mr Nuttall: The Archbishop of Canterbury will have encountered widespread concern in the Church of England about the difficulties faced by Christians in other parts of the world. What is the Church doing to help those in other countries, particularly in the middle east, who are persecuted because of their religious beliefs?

Sir Tony Baldry: My hon. Friend raises a very serious issue which I am sure the House will treat seriously. The Archbishop of Canterbury has observed:

for such people. I think the fact is that the hostility Christians are facing is now on a far more serious level and we are reaching the point where the word “persecution” no longer adequately describes the treatment of Christians in many parts of the world. Religious cleansing and a type of cultural genocide—which is a crime against humanity—is a more accurate description, and we are now seeing that in Iraq, Syria, parts of Nigeria, Egypt, Sudan, Somalia and Pakistan. The goal of Islamic extremists such as ISIS is total Islamicisation, and this has nearly been achieved in Iraq, for example, which a decade ago was home to one of the four most robust Christian communities in the Arab world. Sadly, that is no longer the case.

Helen Goodman (Bishop Auckland): What steps the Church of England is taking to promote financial education amongst children and young people. [907278]

Helen Goodman (Bishop Auckland) (Lab): It is extremely important for people to understand investment. The Church has made great progress in setting up credit unions, but what is being done to encourage young people and children to develop a better understanding of the importance of saving?

Sir Tony Baldry: The Archbishop of Canterbury’s task group on responsible credit and savings has received £150,000 funding from the Treasury for a trial of savings clubs known as “life savers” in six schools located in various parts of the country. I entirely agree with the hon. Lady’s point about the importance of financial education. If the trial works, the Church of England intends to extend the programme to more than 100 Church of England schools over a four-year period, which will benefit more than 30,000 children.

What responsibilities have been allocated to the Right Rev. Libby Lane, Bishop of Stockport; and if he will make a statement.[907279]

Sir Tony Baldry: The Bishop of Stockport was consecrated at York Minster on 26 January and she has commenced her role as assistant bishop in the diocese of Chester.

Michael Fabricant: I think it will not just be cutting-edge MPs like the hon. Member for Huddersfield (Mr Sheerman) who will welcome this, but the whole House. Does my right hon. Friend agree that in four or five years’ time we will—rather like with women newsreaders—take the appointment of a woman bishop as a matter of course?

Sir Tony Baldry: I entirely agree with my hon. Friend. It was fantastic seeing 100 bishops at the consecration of the Bishop of Stockport earlier this week, but I am quite sure that within two or three years it will be commonplace and, quite rightly, unremarkable when a woman is consecrated as a suffragan or diocesan bishop, and I think everyone will soon start to wonder what all the fuss was about as we get excellent women bishops in the Church of England ministering in dioceses across the country.

Mr Andrew Robathan (South Leicestershire) (Con): What steps have been taken in co-ordination with Natural England to exclude bats from churches where they are causing significant damage to the fabric of church buildings.[907280]

Sir Tony Baldry: We are working hard with Natural England to seek to ensure an appropriate licensing regime and to develop equipment that can cost-effectively deter bats from roosting in churches where they may cause damage.

Mr Robathan: I know that my right hon. Friend is very concerned about this as well. Those of us who like bats also know they should not be desecrating our extremely valuable architectural heritage, as they are doing, as he knows, in a church on the edge of my constituency, St Nicholas’s in Stanford on Avon.

Sir Tony Baldry: I think the sensible thing to do is for me to ask the chair of Natural England if he will come with me to visit St Nicholas’s in Stanford on Avon, because it is obviously a church with many difficulties. When I stand down from this House in March, at the request and invitation of the archbishops I am going to take on the role of chair of the Church Buildings Council, and I hope that then I can add my substantial weight to trying to ensure that the problem of bats at St Nicholas’s in Stanford on Avon is resolved.