On 12th January 2015, the Bishop of St Albans, the Rt Revd Alan Smith, received an answer to a written question from the Home Office Minister, on the subject of forced marriage. 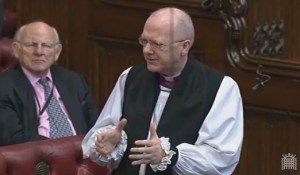 The Lord Bishop of St Albans: To ask Her Majesty’s Government whether they collect data on the number of British girls sent abroad to marry each year; and if they do not collect such data, what they are doing to assess the scale of such activity.[HL3493]

The Parliamentary Under-Secretary of State, Home Office (Lord Bates): The Forced Marriage Unit (FMU) was established in 2005 to lead on the government’s forced marriage policy, outreach and casework. The FMU operates both inside the UK, where support is provided to any individual, and overseas, where consular assistance is provided to British nationals, including dual nationals. In 2013, the FMU gave advice or support related to a possible forced marriage in 1302 cases. END_OF_DOCUMENT_TOKEN_TO_BE_REPLACED

On 17th December 2014 the Bishop of St Albans, Rt Rev Alan Smith, received a written answer to a question on violence against women:

The Lord Bishop of St Albans: To ask Her Majesty’s Government what plans they have to improve the standardisation of comprehensive and analysable data on violence against women.[HL3284] END_OF_DOCUMENT_TOKEN_TO_BE_REPLACED

On 8th December 2014, the Bishop of St Albans, the Rt Revd Alan Smith, received an answer to a written question on the Convention on Preventing and Combating Violence against Women and Domestic Violence

The Lord Bishop of St Albans: To ask Her Majesty’s Government by what date they expect that departments and the devolved administrations will have completed their consideration of extra-territorial jurisdiction in respect of offences established in accordance with the Istanbul Convention.[HL3233]

The Minister of State, Ministry of Justice (Lord Faulks): This government takes its international obligations very seriously. That is why we signed the Istanbul Convention on 8 June 2012, to show our strong commitment to tackling violence against women and girls.

The UK has some of the most robust laws in the world against violence towards women and girls. We have criminalised forced marriage but primary legislation will also be needed to comply with the extra-territorial jurisdiction provisions in Article 44 of the Convention before it can be ratified.

Justice Ministers are currently considering the extent to which we need to amend the criminal law of England and Wales for compliance with Article 44 prior to ratification of the Convention.

Like Loading...
In the House of Lords on 25th November 2014 Baroness Gale asked Her Majesty’s Government ‘what progress has been made since March, when the Domestic Violence Disclosure Scheme, known as “Clare’s Law”, was implemented in all police forces in England and Wales.’ The Bishop of Birmingham, Rt Rev David Urquhart, asked a supplementary question: 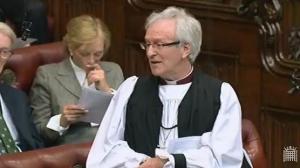 The Lord Bishop of Birmingham: My Lords, I am grateful to the noble Baroness for her response to some of the questions. I would like to press her a little further on the deep need for culture change, specifically in the area of training for the police and the Crown Prosecution Service. Is she minded to enable the Government to make that mandatory?