On 2nd July 2013 Sir Tony Baldry MP answered a written question from Mr Keith Simpson on what plans the Church of England had to commemorate the First World War and the role of military chaplains. 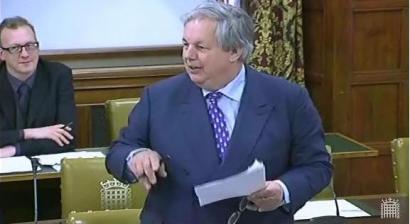 Mr Keith Simpson: To ask the honourable Member for Banbury, representing the Church Commissioners, what plans the Church of England has to commemorate the First World War and the role of military chaplains.

The Church of England and Westminster Abbey are planning alongside the Government and other partners a number of commemorations the first of which will be a number of candlelit vigils across the country with the participation of the other faith communities, ending at 11.00 pm on 4 August 2014–100 years after war was declared and reflecting Sir Edward Grey’s famous remark that “the lamps are going out all over Europe”.

The Liturgical Commission of the Church of England has assembled resources to assist parish churches both in sharing in the planned vigil and also for use throughout the several years of commemoration. The Church Buildings Council of the Church of England is working with the Imperial War Museum on a number of initiatives to help congregations and the wider community engage with war memorial heritage in churches.