On 26th October 202 the Bishop of London asked a question in the House of Lords that she had tabled, on covid-19 and social and economic inequalities. The exchanges and follow-up questions from other Members are reproduced below:

Lord Bishop of London: To ask Her Majesty’s Government what plans they have to ensure that (1) social, and (2) economic, inequalities are addressed in their plans for economic recovery from the impact of the COVID-19 pandemic.

Baroness Penn (Con): My Lords, the Government have taken unprecedented action to keep people in work and to support businesses since the pandemic began. We are committed to carefully considering the social and economic impact of new policies and to tackling inequalities. Initiatives such as the Kickstart Scheme, the Job Support Scheme and enhanced welfare provision continue to support people, particularly those in groups at risk of higher unemployment due to the pandemic.

The Lord Bishop of London [V]: I thank the noble Baroness for her reply. Given the multiple layers of inequality that the pandemic is revealing, can the Minister tell the House whether Her Majesty’s Government will implement the recommendations made in the recent 10-year Marmot review and set up a taskforce that will focus on understanding the social and economic determinants of health from a holistic, society-wide perspective? END_OF_DOCUMENT_TOKEN_TO_BE_REPLACED

On Tuesday 15th September 2020 Lord Hunt of Kings Heath asked the Government “in the light of the Covid-19 pandemic, what plans they have for changes to the NHS long-term plan.” The Bishop of Carlisle, Rt Revd James Newcome, asked a follow-up question:

The Lord Bishop of Carlisle: My Lords, given that the health protection remit of Public Health England is to be subsumed into the new national institute for health protection, can the Minister tell us what steps Her Majesty’s Government will take to ensure that health inequalities are robustly addressed through programmes of health education and promotion, as envisaged in chapter 2 of the NHS Long Term Plan? END_OF_DOCUMENT_TOKEN_TO_BE_REPLACED

On 8th September 2020 during the House of Lords second reading debate on the Government’s Trade Bill, Rt Revd Julian Henderson, the Bishop of Blackburn, delivered his maiden speech. The full text is below:

The Lord Bishop of Blackburn (Maiden Speech): My Lords, I am extremely grateful for the warmth of the welcome that I have received in my Introduction to your House. When I told my elderly father in 2013 that I had been appointed to serve as the next Bishop of Blackburn, many miles away from his home in Sussex, he was very quiet and somewhat disappointed that my wife and I would be living so far away, but then a light came into his eyes and he asked, “Does that mean you may be invited to enter the House of Lords?” When I replied in the affirmative, he said very quickly, “Well, then, that makes it all right.”

I come, first and foremost, as a Christian who will seek opportunity to support the convictions and values foundational to our faith in Jesus Christ, and to draw attention to those many today, around the world, who are persecuted for their faith in him, and then to advocate for the right for all to enjoy freedom of speech and belief, wherever they may live, and to do so in peace.

END_OF_DOCUMENT_TOKEN_TO_BE_REPLACED

On 6th May 2020 the Archbishop of York, Most Revd John Sentamu, led a debate in the House of Lords on the motion that the Lords “do consider the case for increasing income equality and sustainability in the light of the recent health emergency.” The Bishop of Durham, Rt Revd Paul Butler, also spoke in the debate:

The Lord Bishop of Durham: My Lords, I congratulate the right reverend Prelate the Bishop of Derby on her moving maiden speech. I am grateful for all she does to champion the voices of children.

I want to thank Archbishop Sentamu for his leadership in consistently speaking up for racial and social justice. He champions work among young people, notably through the Archbishop of York Youth Trust. He inspires others to do the same.

The Covid-19 pandemic is a dividing experience through its unequal financial impact. The lowest-earning 10% are seven times more likely than high earners to work in a sector which has shut down. Archbishop Sentamu ​champions the real living wage. In-work poverty is compounded by irregular working hours. Such unpredictability means that families cannot easily save to safeguard themselves from unexpected life events. Eighteen per cent of the north-east’s working population experience insecure work. Turn2us found that people on zero-hours contracts expect a £193 drop in monthly income. These workers often provide essential services such as cleaning and delivery, yet face great financial instability. Will Her Majesty’s Government promote Living Hours accreditation? END_OF_DOCUMENT_TOKEN_TO_BE_REPLACED

On 6th May 2020 the Archbishop of York, Most Revd John Sentamu, led a debate in the House of Lords on the motion that the Lords “do consider the case for increasing income equality and sustainability in the light of the recent health emergency.” The Archbishop started the debate, and summed up afterwards, referring to many of the speeches made by other Members over the course of nearly three hours. Amongst the other speakers were the Archbishop of Canterbury and the Bishops of Durham and Derby. The entire debate can be read in Hansard here, and the Archbishop’s opening and closing speeches are reproduced below:

Moved by The Archbishop of York, That the Virtual Proceedings do consider the case for increasing income equality and sustainability in the light of the recent health emergency. 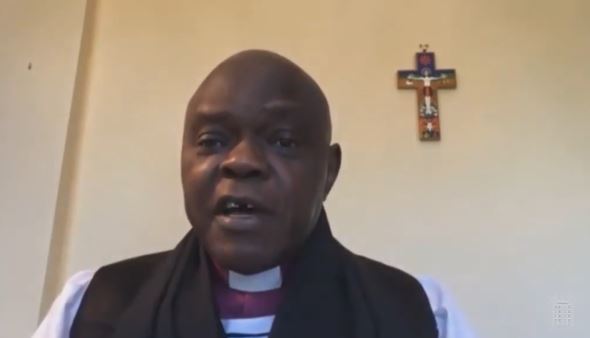 The Archbishop of York: My Lords, I am grateful to the Government Chief Whip and the usual channels for granting me this opportunity to move a Motion that is very dear to my heart—thank you. I commend Her Majesty’s Government for their rapid action in the current crisis and, through unprecedented public spending, working to protect jobs and avert millions of redundancies. It is in the light of this recent health emergency that I beseech your Lordships’ House to take note of the case for increasing income equality and sustainability.

Last Thursday, the noble Baroness, Lady Bennett of Manor Castle, opened a Question for Short Debate on Covid-19 and people living in poverty. I believe that what we are doing today has the potential to make a lasting difference. As Amelia Earhart, the first woman to fly across the Atlantic, said:

“The most difficult thing is the decision to act, the rest is merely tenacity.”

As long ago as 28 April 1909, Winston Churchill, then president of the Board of Trade, gave a speech in the other place in which he said:

“It is a serious national evil that any class of His Majesty’s subjects should receive less than a living wage in return for their utmost exertions.”—[Official Report, Commons, 28/4/1909; col. 388]

Not much has changed since. That principle remains as strong as ever in our national life. END_OF_DOCUMENT_TOKEN_TO_BE_REPLACED

On 22nd May the Bishop of Portsmouth, Rt Revd  Christopher Foster, received written answers to three questions about the UK Shared Prosperity Fund.

The Lord Bishop of Portsmouth: To ask Her Majesty’s Government when they intend to publish the consultation on the UK Shared Prosperity Fund. END_OF_DOCUMENT_TOKEN_TO_BE_REPLACED

On 31st January 2018, Baroness Lister asked Her Majesty’s Government ‘whether they have a policy goal to reduce income inequality; and if so, what is their strategy for achieving that goal.’ The Archbishop of York, Most Revd John Sentamu, asked a follow-up question:

The Archbishop of York:  My Lords, does the noble Lord agree with Wilkinson and Pickett in The Spirit Level that equal societies, in terms of income, are much happier societies and that income inequality leads people not to be happy? Does he further agree that being in work does not mean that you have income equality? We have a lot of hard-pressed families on poverty wages, hence the food banks. What are the Government going to do to create this income equality, where we can all become happier people? END_OF_DOCUMENT_TOKEN_TO_BE_REPLACED

On 4th December 2017 the House of Lords heard a Government statement repeated on the Social Mobility Commission chaired by Alan Milburn, whose board had announced their resignations that day. The Bishop of Salisbury, Rt Revd Nicholas Holtam, asked a follow up question: 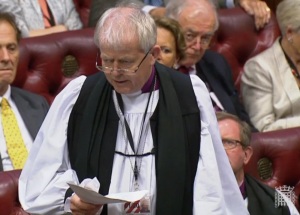 The Lord Bishop of Salisbury: My Lords, I very much welcome the work of the commission and of the outgoing commissioners. We live in a very divided and polarised time. After a period of low economic growth and austerity, and with Brexit, it feels as if the divisions in society are very great. This piece of work has the potential to be cross-party, and indeed it has been. ​How will the Government ensure that it continues to be cross-party as a process of building the common good and mending some of the divisions, as well as paying serious attention to the growing inequalities in society to which the Joseph Rowntree Foundation has drawn attention? END_OF_DOCUMENT_TOKEN_TO_BE_REPLACED

On 5th September 2017 the Archbishop of Canterbury, Most Revd Justin Welby, published an article in the Financial Times, about the need to address economic inequality. The Archbishop is a member of the IPPR thinktank’s Commission on Economic Justice, whose interim report can be seen here. The text of the article is below. 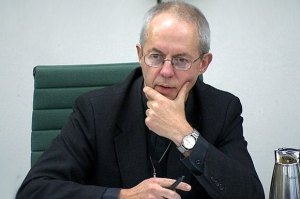 Britain stands at a moment of significant economic uncertainty; a watershed moment where we need to make fundamental choices about the sort of economy we need for the way we want to live. END_OF_DOCUMENT_TOKEN_TO_BE_REPLACED

On 14th July 2016 the House of Lords debated a motion from Lord Bird, “That this House takes note of the case for tackling the causes of poverty in the United Kingdom”. The Bishop of Derby, Rt Revd Alastair Redfern, spoke in the debate and his remarks are below. The Bishop of St Albans’ speech in the same debate can be seen here.

The Lord Bishop of Derby: My Lords, I, too, thank the noble Lord, Lord Bird, for introducing this important issue of tackling the causes of poverty. We learn from the briefing notes that the noble Baroness, Lady Lister, makes it clear in her textbook that it is almost impossible to define poverty. That is part of the complexity with which we have to wrestle because, as poverty is relative, it is very hard to design appropriate responses.

In my trade, we have two phrases: we talk about the poor and about the poor in spirit. The word for spirit means power, and I want to look at to what extent to be poor and in poverty means to be lacking in power—the kind of power that allows you to feel good about yourself and to have security of work, security of a living place and security of contributing to society. How do we bless people with a sense of power over their lives, for themselves and those around them, and to make a contribution to society? END_OF_DOCUMENT_TOKEN_TO_BE_REPLACED