On 16th June Baroness Sanderson of Welton asked Her Majesty’s Government “when they plan to publish the social housing White Paper“. The Rt Revd Alan Smith, Bishop of St Albans, asked a follow up question focusing on the loss of social housing units.

The Bishop of St Albans: My Lords, these Benches welcome the upcoming White Paper, but we are still losing tens of thousands of social housing units annually, with a net loss of 17,000 in 2019 alone. Can the Minister confirm to your Lordships’ House that increasing social housing will be addressed in the White Paper, and is he able to give us some indication as to the steps that Her Majesty’s Government will implement to address this worrying decline?

END_OF_DOCUMENT_TOKEN_TO_BE_REPLACED

On 2nd July 2019 Lord Evans of Watford asked the Government “what steps they are taking to increase the number of homes for social rent”. The Most Revd and Rt Hon Justin Welby, Archbishop of Canterbury, asked a follow-up question:

Lord Bourne of Aberystwyth: My Lords, I thank my noble friend for his point about social housing delivery. He is right that it has been a challenge for successive Governments. We have delivered 79,000 social homes since 2010, which, it has to be said, is better than the numbers achieved in the previous nine years. In relation to his point about garden villages, we had previously announced 29 and last week we announced another 19. That is significant. It includes providing a special community village for dementia-friendly housing, which again is very good news, and I hope that that will also feed into the discussions that we are having about modern methods of construction.

The Lord Archbishop of Canterbury: My Lords, I welcome very much that last answer. In that connection I declare an interest, in that I have set up a commission to look into the housing crisis and the contribution that can be made by civil society and particularly the Churches. It comprises a former Permanent Secretary and a huge number of significant experts. One of the commission’s earliest priorities is to look at how we create communities rather than simply build houses. That means that there is a need for multipurpose community facilities and for looking at the sociological aspects as well as the mere physical construction. Will the Minister undertake to listen to the representations from that and similar inquiries over the next 18 months to two years?

END_OF_DOCUMENT_TOKEN_TO_BE_REPLACED

On 5th December 2017 Baroness Jones of Whitchurch asked Her Majesty’s Government “what actions they plan to take to tackle rural poverty.” The Bishop of Winchester, Rt Revd Tim Dakin, asked a follow up question: 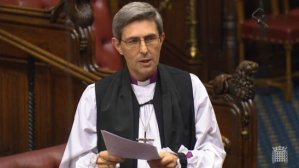 The Lord Bishop of Winchester: My Lords, housing is a key factor in evaluating poverty. In the county of Hampshire alone, over 20,000 people are on council-house waiting lists, with over 4,000 of them in the New Forest. Given that the Government have recently announced significant new funding for new housebuilding and new affordable homes, can the Minister give us a clear indication of the expected spending on homes for social rent in rural areas? END_OF_DOCUMENT_TOKEN_TO_BE_REPLACED 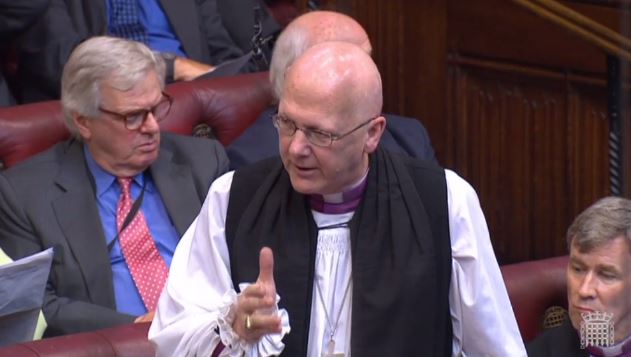 On 29th November 2016, Lord Beecham asked Her Majesty’s Government, “further to the announcement in the Autumn Statement that they will invest £1.4 billion to deliver 40,000 affordable homes, how many affordable houses to rent they expect local authorities to build by 2020.” The Bishop of St Albans, the Rt Revd Alan Smith, asked a follow up question.

The Lord Bishop of St Albans My Lords, in the financial year 2015-16, the Government’s own statistics show that just 6,550 homes for social rent were completed. That is the lowest number since records began and far below the just under 40,000 completed in the years 2010-11. Would the Minister agree with me that whatever the value of other forms of affordable tenure, only social rented housing is going to deal with the problem faced by the most disadvantaged communities? Will he further tell the House what the Government are doing to address this rapid decline in the provision of this form of housing?