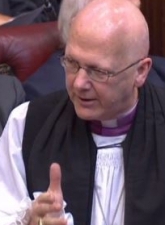 On 9th January 2020 the Bishop of St Albans, Rt Revd Alan Smith, asked a question he had tabled to Government on the treatment of British victims of alleged sexual violence in foreign countries, following the recent case in Cyprus. The bishop then asked a follow-up question:

Oral Question Asked by The Lord Bishop of St Albans: To ask Her Majesty’s Government what assessment they have made of the treatment of British victims of alleged sexual violence in foreign countries, following the recent case in Cyprus.

The Minister of State, Foreign and Commonwealth Office (Lord Ahmad of Wimbledon): My Lords, we take any report of rape or sexual assault seriously. Our staff explain local policing and legal procedures. We can attend the police station with and support victims and ensure that they can access medical care. We also work with specialist support organisations, such as our funded partners, and fund bespoke projects to improve the treatment of victims by authorities in other countries.

Lord Bishop of St Albans: I thank the Minister for his reply. The media reports of this young British woman convicted in Cyprus have caused alarm in many circles. What are Her Majesty’s Government doing to ensure that this does not deter victims in this country coming forward to the police when they need to report something? END_OF_DOCUMENT_TOKEN_TO_BE_REPLACED 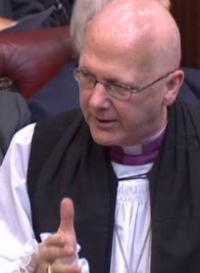 On 4th November 2019 the Bishop of St Albans, Rt Revd Alan Smith, received written answers from the Government, in reply to two questions about persecuted people in Myanmar:

The Lord Bishop of St Albans: (i) HL530 To ask Her Majesty’s Government what assessment they have made of whether the Rohingya people’s civil and human rights are being upheld in Myanmar.

The Lord Bishop of St Albans: (ii) HL532 To ask Her Majesty’s Government what assessment they have made of reports of attacks against Chin people in Myanmar.

END_OF_DOCUMENT_TOKEN_TO_BE_REPLACED 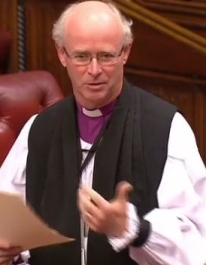 On 19th July 2019 the House of Lords debated at Second Reading the Victims of Crime (Rights, Entitlements, and Notification of Child Sexual Abuse) Bill, a private member’s bill introduced by Baroness Brinton. The Bishop of Rochester, Rt Revd James Langstaff, spoke in the debate:

The Lord Bishop of Rochester: My Lords, I am grateful to the noble Baroness, Lady Brinton, for bringing forward this Bill and applaud the intention to give a stronger statutory position for victims of crime, especially in relation to the code and the role of the commissioner. The noble Baroness spoke of the “dignity and respect” with which we should treat the victims of crime. In my capacity as Bishop to Her Majesty’s Prisons, I often find myself in conversations about treating with dignity and respect the perpetrators of crime. It seems obvious that we should accord at least the same to victims of crime. In the context of this debate, I am proud that my diocese has become the first English diocese formally to sign a partnership arrangement with the White Ribbon campaign in relation to male violence against women and recruiting of champions. END_OF_DOCUMENT_TOKEN_TO_BE_REPLACED

On 18th October 2018 Baroness Cox asked Her Majesty’s Government ‘whether they are aware of the case of “Sarah” who was, as reported in the Daily Mail on 14 September, held captive by a grooming gang for 12 years; and if so, what assessment they have made of that case and its implications.’ The Bishop of Chester, Rt Revd Peter Forster, asked a follow up question: 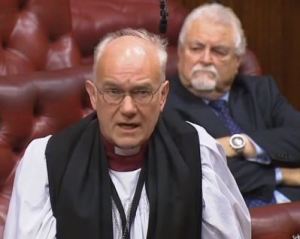 The Lord Bishop of Chester: My Lords, the Minister’s answers have related largely to child sexual abuse, but this is not a child case—it is a case of a vulnerable adult. I know it is a difficult issue, but I wonder whether a culture in which it is acceptable to pay for sexual services does not encourage some of the regrettable attitudes we have seen in these dreadful cases. END_OF_DOCUMENT_TOKEN_TO_BE_REPLACED 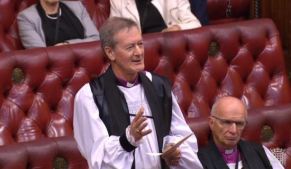 On 10th October 2016, Baroness Nicholson of Winterbourne moved the motion “that this House takes note of the Report from the Sexual Violence in Conflict Committee (Session 2015–16, HL Paper 123).” The Bishop of Derby, the Rt. Revd. Alastair Redfern, who was a member of the Committee, spoke in the debate.

The Lord Bishop of Derby: My Lords, I, too, served on the committee, and it was a great privilege to be part of it. I pay tribute to the expert chairmanship of the noble Baroness, Lady Nicholson. We were, to put it mildly, a diverse group, but she held us together, and we produced a report that will be significant as a foundation, as other noble Lords have said. I also offer my congratulations to the Minister, who leads by great example, as seen not just at the recent meeting at the UN in September but in all kinds of ways. She has been an encouragement and a force for the right direction within government, and I am very grateful for that contribution. I also pay tribute to the noble Lord, Lord Hague, for his PSV initiative. I had the privilege of being present at the summit in 2014, which has created a momentum that we need to learn from and develop. I will pick up the theme mentioned by the noble Lord, Lord Hague, of the significance of important Governments making a public stand. In doing that, I will also speak as a faith community leader. END_OF_DOCUMENT_TOKEN_TO_BE_REPLACED 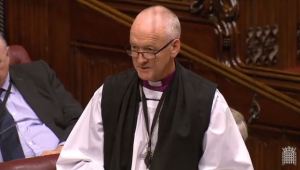 On 26th April 2016 the Bishop of Leeds, Rt Revd Nick Baines, received answers to two written questions about support to victims of Daesh and the Kurdistan Regional Government’s committee on genocide and committee on mass graves:

The Lord Bishop of Leeds: To ask Her Majesty’s Government, further to the Written Answer by Baroness Anelay of St Johns on 5 April (HL7332), what financial assistance they have given to human rights defenders in Iraq to improve victim support and case documentation of sexual violence committed by Daesh. [HL7706] END_OF_DOCUMENT_TOKEN_TO_BE_REPLACED

On 22nd February 2016 the Bishop of Durham, Rt Revd Paul Butler, received three written answers to questions about conflict and aid in Burundi. 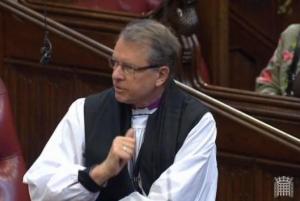 The Lord Bishop of Durham: To ask Her Majesty’s Government whether they have deployed, or intend to deploy, experts from the UK preventing sexual violence in conflict initiative team to help support local responses in Burundi to conflict related sexual violence. [HL5829]

Baroness Anelay of St Johns: We take the allegations of sexual violence in Burundi very seriously. The UK has been at the forefront of supporting the UN’s efforts to encourage an end to violence and human rights abuses in the country. END_OF_DOCUMENT_TOKEN_TO_BE_REPLACED